Sinna Sherina Munaf was born on June 11, 1990, the second child of Triawan Munaf and Luki Ariani. When she was a child, she already showed her interests in painting and singing. As a little girl, she has shown an amazing talent and is well known for starring in “Petualangan Sherina” and the song “Andai Aku Besar Nanti”.

Since her big breakthrough as a child star, Sherina focused on composing and singing; some were for movie soundtracks such as : OST album for her first movie Petualangan Sherina, “Ku Bahagia” for Laskar Pelangi movie, “Jalan Cinta” for Ayat Ayat Cinta movie. She also had the opportunity to sing with Westlife on “I Have a Dream” in 2002. She loves Japanese culture so much which is the reason why she studied language and art in Tokyo and also blessed by being able to work together with Studio Ghibli , an academy award winning animation studio in Japan.

After her first movie Petualangan Sherina as a child, 2 years ago she also starred in Indonesia local hero colossal movie : Wiro Sableng

Sherina has an interest of doing many activities that she hopes can help to make a change in this world, such as participated in fund-raising concert with Jackie Chan for Tsunami in Aceh, with One Young World programme which she believed is an opportunity for young people all over the world to give their input on what kind of changes they want to make happen in the long run for a better world, and it is something that she is very proud to be a part of.

Moving forward, Sherina looks forward to expanding her horizons as a musical talent and various interests and concerns. 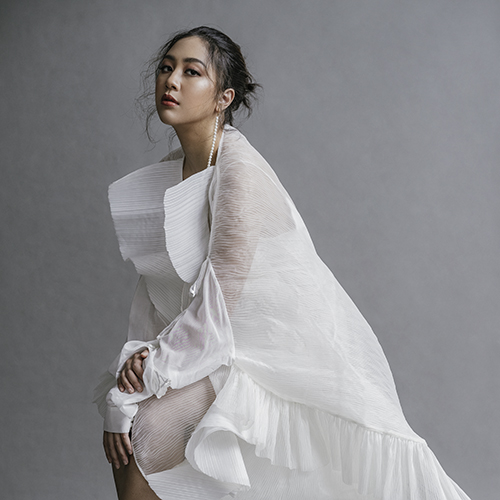 "The Best of Sherina"

"Sing Your Mind – One Young World in Zurich, Switzerland performance"